The Devil and Ken Russell

A flamboyant director whose early career as a pioneering creator of television programming foreshadowed a controversial foray into feature films, Ken Russell died last November at the age of 84. 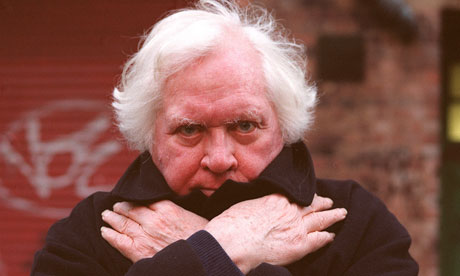 Russell had a penchant for taking sexual and religious themes head-on and he courted controversy with every film. His over-the-top production style was declared pretentious by some and genius by others, but it never failed to generate attention and to provoke.

A number of Russell’s early television projects revolved around his love of classical music, offering creative, biographical studies of composers he admired. Perhaps of more interest to readers of this blog are a number of Russell’s films that championed sexual freedom while often embracing a psychedelic aesthetic, establishing him as a visionary voice of the counterculture: Women in Love, The Boyfriend, The Who’s Tommy, The Devils, Altered States and The Lair of the White Worm.

Here is a great little primer on the man and his work that was put together by BBC 2.

Russell’s autobiography Altered States is another great place to learn more about this man and his movies.

This article was posted in Art, Cinema, Uncategorized and tagged altered states, Ken Russell, psychedelic, the devils, the lair of the white worm, women in love. Bookmark the permalink. Follow comments with the RSS feed for this post. Trackbacks are closed, but you can Post a Comment.