Happy New Year to you one and all.

Those of you who follow me on Facebook and Twitter and Coincidence Control Network may already be hip to this jive, but I’ve become fairly occupied with OWS/OccupyNashville in the past several months. I’ve attended numerous GA’s and have joined in with the People’s Library Working Group to help maintain and organize the books and magazines at Legislative Plaza. I wrote a feature about OccupyNashville for the city’s street newspaper, The Contributor, and I’ve spent many late nights covering local and far-flung raids and events via social network activism on: Facebook, Twitter, Ustream and Livestream.

In Nashville, the Occupy movement really began with February ’11 protests alongside the local Egyptian community in solidarity with the overthrow of the Mubarak government. These protests were energized, focused and more organized than one normally sees from the rather anemic old guard of Nashville progressives. I didn’t know it at the time, but those protests were only a portent of what became an entire year in revolt.

Next came the uprising in Madison, Wisconsin which soon lead to Nashville’s own protests as our corporatist-scum Governor Haslam followed suit, crushing public unions and destroying collective bargaining rights.

While the wider Arab Spring is often cited as a precursor to Occupy, these specific events were crucial to galvanizing Tennessean dissent leading up to OWS. 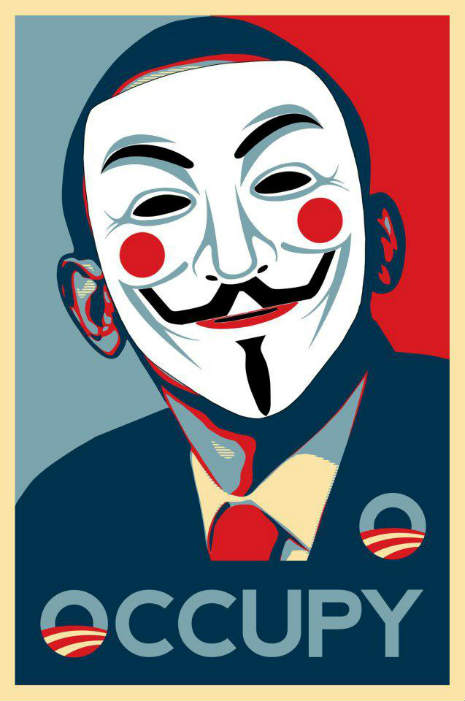 OccupyNashville is one of the few encampments in the country that has been able to hold its ground. After withstanding two raids in our Legislative Plaza downtown, OccupyNashville is still going strong. After my first GA, I was a bit dumbstruck. As I mentioned, progressive events in Nashville are usually terribly disappointing, but what I found at Occupy was staggeringly inspired – mostly do to an influx of new blood and new ideas that found members of the aforementioned old guard participating happily from the sidelines while folks with ideas, energy and a passion for ORGANIZATION pushed Nashville’s progressive left right into the 21st Century after decades of aimless posing.

By the time of my second GA, I found the capacity to explain the experience to myself. Driving home through downtown Nashville, it occurred to me: “Occupy is an apathy inoculation.” Immediately, the thought was followed by “Come on down to this Occupation.” I realized that whether or not the movement needed a song, I was going to write one.

OccupySong is being offered as a free download under a Creative Commons License to be shared and used by anyone associated with the Occupy movement. The song can be used in documentaries, music videos, audio projects, playlists, mixtapes, blog posts, direct actions, Occupy choir and band repertoires or in any creative capacity that furthers the Occupy movement.

OccupySong by Joe Nolan is licensed under a Creative Commons Attribution-NonCommercial-ShareAlike 3.0 Unported License.

Listen to the song and download it from the player below and check out the new artwork by OccupySong co-producer and engineer J. Todd Greene. Be sure to leave a comment!

This article was posted in anarchism, Art, Poetry and tagged Occupy, OccupySong, OWS. Bookmark the permalink. Follow comments with the RSS feed for this post. Trackbacks are closed, but you can Post a Comment.