The image of Paul Simonon smashing his bass on the cover of The Clash’s London Calling is one of the most iconic images in all of rock ‘n’ roll. While you can’t always judge a record by its cover, in this case, you can. 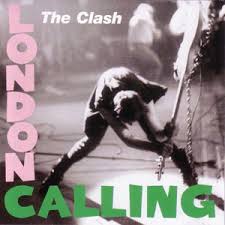 London Calling is a great collection in a great looking package, but Marcus Gray’s new book  Route 19 Revisited: The Clash and London Calling is a different story. While the book’s cover – and its title – seem to imply that this volume is an examination of the band’s 1979 release and a critical analysis that would argue it’s place among rock’s best records, covers can be misleading.

This is actually much, much more.

Route’ is easily the most exhaustive volume ever produced on The Clash, let alone an almost-omniscient examination of the making-of London Calling. Before Gray even alludes to the project, he sets the stage for it and the entire career of the band. With colorful language and textured, layered details,  Gray takes the time to tell the story of every member of The Clash and to thoroughly describe the world that London Calling came crashing into.

Like other volumes, Gray’s book exposes the Clash’s contradictions: Joe Strummer was a diplomat’s son who had to learn to be a working-class-hero; Mick Jones cared more about fashion than politics. He also brings clear-minded analysis to the band’s myth, effectively interjecting likely-truth into threadbare “official stories”. Gray’s commitment to the whole story about his subjects and their masterpiece more than pays off, and this book puts you on the street, at the club and in the recording studio with the band in a way that few rock books even attempt.

The depth of detail that Gray achieves could be a drawback to readers simply interested in a straightforward account of how London Calling came to be. Gray literally spends half-a-page sifting through spurious stories to determine how much carpet-sound-proofing was on the walls of the Clash’s rehearsal space. However, if you’ve ever wanted a volume that represents the final word on the band, it’s likely that Gray has achieved exactly that.

This is far more than just the making-of one of rock’s best records. This is a passionate work of scholarship by a gifted, loving writer and it’s the book that this record and this band deserve.

As a special treat, here is 90 minutes of black and white footage of The Clash in concert. As far as we can tell, this is in New Jersey in 1979:

Purchase Route 19 Revisited from The Sleepless Bookstore and support our blog!

This article was posted in rockin' in the free world, The Sleepless Book Club, The Sleepless Bookstore and tagged London Calling, Marcus Gray, Route 19 Revisited, The Clash. Bookmark the permalink. Follow comments with the RSS feed for this post. Trackbacks are closed, but you can Post a Comment.